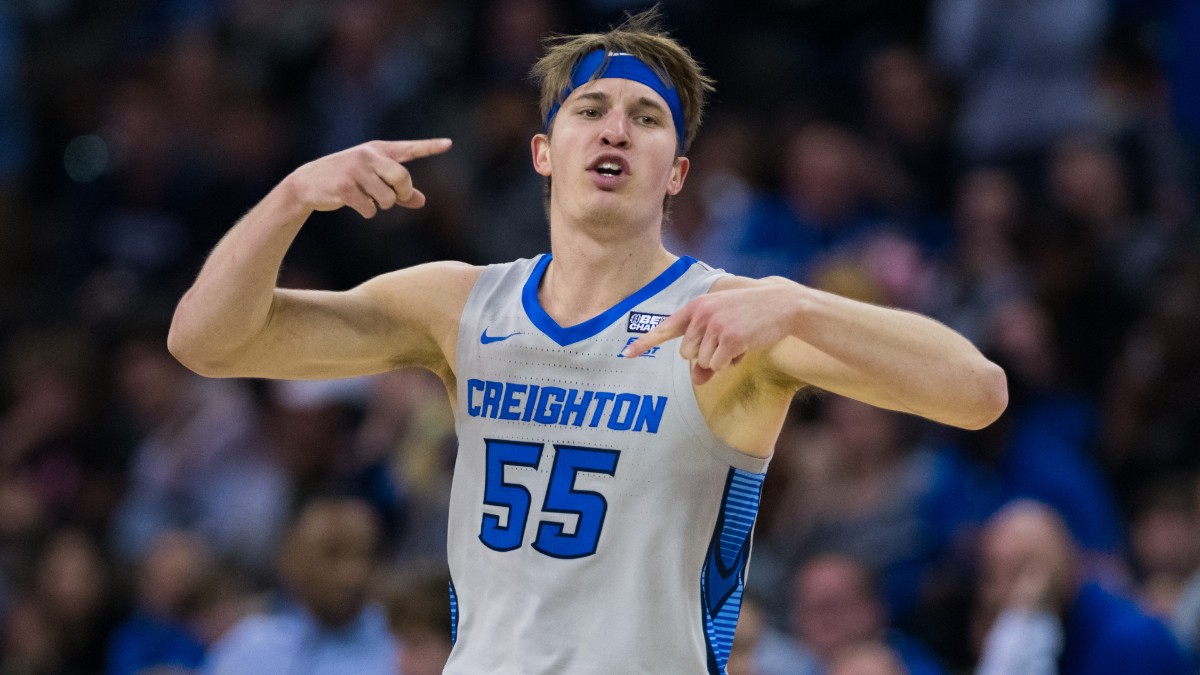 DePaul and Creighton face off on Christmas Day in a matchup of two Big East teams that are trending in opposite directions.

DePaul will be playing its third straight away game on Sunday after losing its previous two by double digits.

On the other side, Creighton was able to snap a six-game losing streak on Thursday by dismantling Butler, 78-56.

The Bluejays were led by Ryan Kalkbrenner, who returned from a three-game absence (illness) by putting up 19 points on 8-of-9 shooting.

Kalkbrenner’s return has done wonders for a Creighton team that was desperate for a spark.

Given that this game will be played on Christmas Day, it is important to note the motivation level of both teams coming into this one.

Tony Stubblefield’s second year as DePaul’s head coach has gotten off to a rather underwhelming start.

The Blue Demons’ best win so far this year came at home against Samford, which is ranked just outside the top 170.

DePaul has been unable to find results against top-level opponents due to its shortcomings on the defensive end and an offense that relies heavily on the 3-point shot.

Defensively, the Blue Demons rank outside the top 150 in adjusted efficiency due to an inability to protect the paint.

Through 12 games, DePaul is allowing teams to shoot over 50% from inside the 3-point line, which has resulted in 53.5% of its opponents’ points coming from close range.

This defensive weakness will be exposed by a Creighton team that is at its best when operating close to the basket.

This season, Creighton has shot 55.5% from 2-point range, which is the 34th-highest rate in the country.

With the return of 7-foot-1 Kalkbrenner to the starting lineup, this 2-point success will continue to be a strength.

To make matters worse for DePaul, its offense has also shown a weakness inside the 3-point line, ranking 283rd nationally in 2P% at just 46.3%

As a result, the Blue Demons have relied on 3-point shooting for much of their offensive success.

DePaul shoots 42.7% of its total field goal attempts from beyond the arc, one of the highest rates in the country. This frequency has resulted in the Blue Demons scoring 37.2% of their points from this range.

DePaul will need to find other ways to score against a Creighton team that has only allowed its opponents to score 27.1% of their points from deep (287th nationally).

For DePaul to have any Christmas Day success, it will need to avoid its stylistic tendencies.

Creighton has had one of the most interesting seasons in the country during the non-conference portion of its schedule.

The Bluejays opened up the season on a six-game winning streak that included wins over Texas Tech and Arkansas, who are both inside the top 35.

This winning streak was followed by a six-game losing streak, which included losses to Nebraska and BYU, who are outside the top-90 nationally.

Fortunately for Creighton fans, the Bluejays were able to get back to their winning ways on Thursday with an impressive home win against Butler.

Additionally, Sunday’s matchup with DePaul presents a great opportunity to start their second winning streak of the season.

Defensively, Creighton will thrive against an undersized DePaul team. The Bluejays rank fourth in the country in offensive rebound percentage allowed (21.2%), which has been a weakness all year for DePaul.

Given this advantage on the boards, DePaul will have a majority of its offensive possessions be one-and-done.

DePaul has also struggled to take care of the basketball this season, turning it over at a 19.8% rate (240th nationally).

This rebounding and turnover advantage will give an already superior Creighton offense another leg-up.

This unique Christmas Day Big East battle is a perfect spot to back Creighton even given the large spread.

DePaul is playing its third away game in a row after losing its previous two. When you combine this with having to play on the road on Christmas Day, you have an all-time bad spot for DePaul.

For Creighton, the return of Kalkbrenner into the lineup has sparked a team that has Big-East title aspirations.

This matchup with DePaul is ideal for a team that will use its height advantage on both ends of the floor.

The Bluejays will seize the opportunity to make a statement in a nationally televised conference game.

How would you rate this article?

This site contains commercial content. We may be compensated for the links provided on this page. The content on this page is for informational purposes only. Action Network makes no representation or warranty as to the accuracy of the information given or the outcome of any game or event.