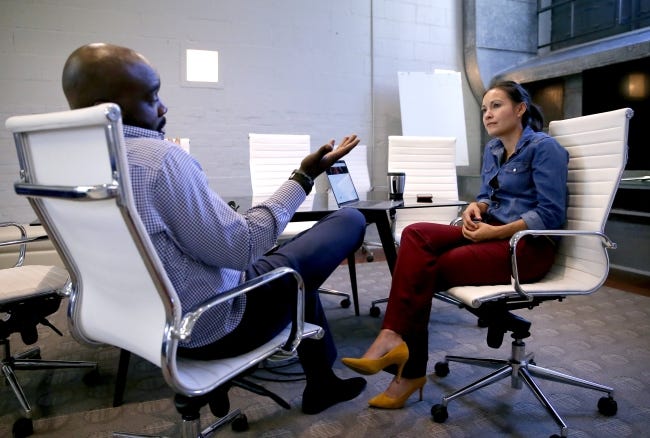 Forbes isn’t a big fan of starting a business in Oklahoma.

In a list destined to trigger groans in some parts of the country, ego boosts in others, and a whole lot of misunderstanding of data — Oklahoma is 42nd in “Best States to Start a Business in 2023.”

But how accurate is a list like that anyway? What factors get left out? Is Oklahoma — birthplace of businesses like Continental Resources, Love’s Travel Stops, Sonic, Paycom and more — really such a bad place to start a business?

Not exactly, according to local entrepreneurs and venture capitalists familiar with the process of launching new businesses in Oklahoma.

Forbes based its ranking off of “18 key metrics across five categories” to determine which states are best, or worst. The five broad categories include business costs, business climate, financial accessibility, economy and workforce.

In three of the five categories, Oklahoma actually scored the median level among all states (business costs, business climate and economy). But a poor showing in financial accessibility and a slightly-below-median score in workforce rankings pulled the state down.

There’s certainly work to be done, said Erika Lucas, but she sees little merit in lists like the one produced by Forbes.

“I don’t think that entrepreneurs or established businesses look at these lists and then say, ‘Oh, nope, I don’t want to be in Oklahoma,'” Lucas said.

Lucas is a co-founder of StitchCrew — a firm dedicated to linking entrepreneurs with resources and networks to further boost their businesses. Among StitchCrew’s earliest projects was the Thunder Launchpada business “accelerator” workspace started in partnership with the Oklahoma City Thunder basketball team in 2018.

She is now working on a local project to help launch Latino-owned businesses into seven-figure revenues.

Funding continues to be an issue for Oklahoma businesses and entrepreneurs

Oklahoma scored lowest in financial accessibility, according to Forbes. It’s been a problem for years, according to individuals like Lucas, but work is being done to improve the situation.

Nathaniel Harding, of Cortado Ventures, has been working with his firm to raise capital and invest it in many Oklahoma-based ventures. He’s seen large amounts of progress in recent years, but there’s still a long way to go.

“Compared to just a few years ago, there is roughly 10 times the amount of private organized capital in Oklahoma investing in startups,” Harding said. “However, compared to other well-developed startup economies, we still have 10 times more to go.”

Other firms, like Gener8tor, Boyd Street Ventures, i2E, OLSF and Techstars are helping to expand the equity investments within the state, Harding said.

He doesn’t think Oklahoma’s current low-ranking in the category should hinder a potential entrepreneur from launching in the state. With more growth every year, he feels it is as opportune a time as ever to start a business in Oklahoma.

“Building your startup here means you have massive tailwinds and are part of America’s next great growth story in tech startups,” Harding said.

Oklahoma’s workforce was the other category that lagged behind the national median, according to Forbes.

The publication measured quality based on the percentage of college graduates in a state’s workforce. Depending on the type of work needed for a new business, it can be challenging for entrepreneurs.

It was for Sean Akadiri.

“For me, it was tough because I would have to look for software developers outside the state,” Akadiri said.

Oklahoma, which often boasts a relatively low unemployment rate, has historically struggled in some industries requiring advanced degrees, including in aerospace.

However, for many new business owners, workforce is a down-the-line kind of problem. Lucas told The Oklahoman, and Akadiri agreed, that entrepreneurs are often lucky to employ even just a couple of individuals by the end of the first year or two.

Akadiri launched his business in spite of not being from the area (he was raised in Nigeria), and in spite of knowing relatively little about the ag industry.

“I’m not a cattle guy. … I just had an idea and was looking for different ways to execute,” Akadiri said.

The environment was difficult for many reasons, but he mentioned one reason Oklahoma was such a good place to start a business that Harding and Lucas also talked about.

Oklahoma offers a tremendously collaborative workspace, full of individuals willing to help others out.

“It was easy for me to connect to the right people,” Akadiri said. “Oklahoma was really cool for me in terms of connecting to ranchers and operating in that space.”

“One of the things that makes Oklahoma unique for entrepreneurs is how accessible people are to help them in the journey,” Lucas said. “You’re one degree of separation (away), and you can usually get someone to meet with you. That’s one of our key differentiators, especially compared to the larger markets.”

Now that he’s run his business for a number of years, and continues to see growth, Akadiri feels he is now at the point where he can be one to help others.

“There’s still work to do. This state is still a little slow compared to other states,” Akadiri said. “If I had to do it again, I wouldn’t do it any other way, but it’s also given me a good perspective on how to help others succeed as well.”